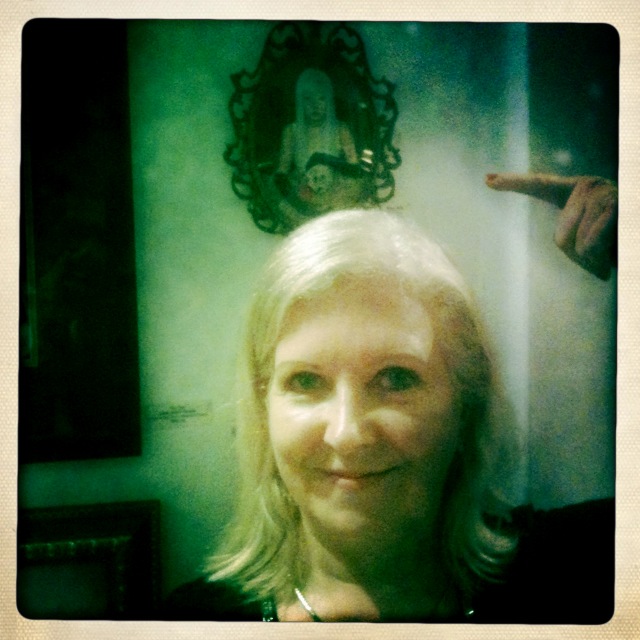 Meet Lisa Fancher, the sole owner of Frontier Records, an independent record label started in 1980 releasing records by Circle Jerks, Suicidal Tendencies, Redd Kross, Christian Death, and more.  I was lucky to get introduced to Lisa through another client and she truly is such a pleasure to work with.  Not only is she an inspiration with her years and success in the industry but she’s always got a great joke or relevant meme to share keeping things fun.

When she’s not juggling her calendar of things to get done from releases, to royalties and vinyl pressing she loves movies as much as she loves music. She enjoys gigs, and going out to eat / drink with friends, which like most of us she is ready to get out of quarantine to do. “I work at home so I love going out at night in general”.  She also is a fan of Victorian jewelry though says “I can’t afford it”! 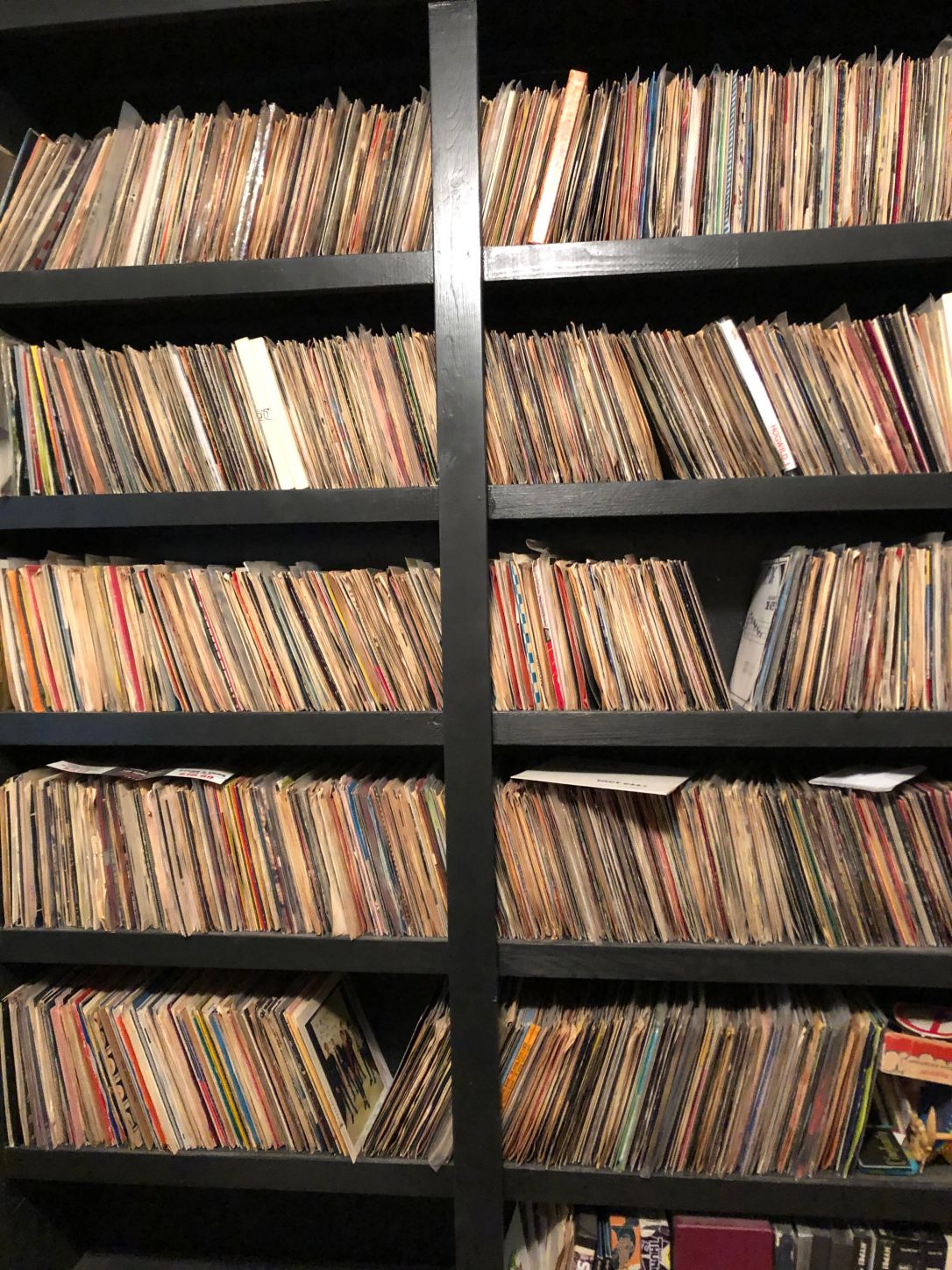 How did you get into your industry / What motivated you?

I was always into music, started collecting records around 9th grade. I bought, sold and traded records with Greg Shaw from Bomp! Records which lead to me working at his record store. All the while I was either writing for fanzines or doing my own fanzine, then I wrote for the LA Times and LA Herald Examiner. I really didn’t have any particular goals or direction other than working in and around music so the next logical step (to me) after fanzines was actually releasing a record. I had the idea in late ’78 and it took me a long time to save enough to record and release the FLYBOYS EP in March of 1980. I still don’t really have any goals or direction which in the music business must be an asset.

Every day is completely different but I have an actual paper calendar and it has a million tasks every day, everything from paying bills, royalties due, call these people back, what about that purchase order, did my engineer EQ this or that record. I never get it all done, there’s always tomorrow. Some deadlines are important and some aren’t. There’s no real skill set for any of it and yet you could never learn any of this in school. I’m good with lists and details and I don’t really like anyone’s input so it’s good that at least all the creative decisions are mine.

What has been your favorite / the coolest thing you’ve worked on?

I’m sure my label manager, Julie Masi, will tell you about the 45s we did with K&L Spirits so I won’t tell that story but TWO of the tops coolest things we’ve done are reissuing the YES LA LP that was released on Dangerhouse Records in 1979. It’s a one-sided, clear LP– side music, the other side is two-color silkscreen with bands, song titles and graphics. I pressed the records at Rainbo and shipped them to Cliff and Marie from The Factory in Milwaukee, WI. They got so into replicating the original that they found the exact fold-over plastic bags and silver seals. For years I agonized over doing the record and they just really delivered a job that 1000% exceeded all expectations.

Different but also hair-raising and ultimately perfect was the Lilys’ ‘In the Presence of Nothing’ LP cover. I bought 1000 blank, white jackets and two gigantic butterflies plus the band name and title were silkscreened on the front. Lilys’ singer/songwriter Kurt Heasley supervised the silk screening of the cover by Flash Hits’ Damien Taylor. Every single cover had different butterfly placement and they changed colors now and then as well. Rumor has it psychedelics *may* have been consumed for that one!

What has been / is the most difficult part of your job?

What advice do you have for someone wanting to get into pursuing what you’re doing?

If you really want to put out a record by all means do it. I think DIY means doing it yourself but now you can crowdfund, I won’t be donating to your project as I never asked anyone to fund me. Anyhow– do not put it on a credit card or otherwise borrow money as you will probably never make it back. Sad but true.

Do it because you believe in the music, not as a business move. Tips? Be prepared for the worst every step of the way but nothing worth doing is easy.

Are you a vinyl collector yourself? What drew you to it?

Yes! I inherited my three older sister’s records, about half of which I liked but overall they had great taste. I started going to the infamous Capitol Records swap meet when I was 14-15 and took the bus there at about 6 a.m. from Sun Valley. I was looking for certain ’60s bands and talking to the vendors and other collectors lead me in other directions. Then, as now, my favorite bands are late ’60s UK psych but I have records in every genre. No, I don’t hate CDs, some records I’ll never be able to afford so having the music is what’s important to me.

What types of things are happening in your industry / with vinyl that you’re excited or worried about? i.e. innovation, or trends you’re seeing.

I’m very worried about an ongoing lacquer supply after the big fire at Apollo but I don’t put out zillions of records so hoping for the best. There’s always something that comes back around like flexis or cassettes, things that are ironic or silly or expensive.

I’m thrilled to finally own a 3″ record player after coveting Long Gone John‘s for years, though I won’t be releasing any. I’m kind of mad no labels are putting download cards in LPs anymore (I think Jack White started that trend) as I actually need the mp3s for my ipod and my streaming radio station. I’m not buying a second format so guess I’ll just listen to the record at home. I love the new crazy vinyl trends I see at Furnace, hope I can afford them. Black dust! Cool!

During this time we’re currently in, what message do you have for music and vinyl fans? How can we support you, the industry?

My #1 beef on earth is everyone telling me they don’t buy records anymore because they have Spotify. Does Spotify suck your soul out? Why would convenience mean you don’t want to own the LP and closely inspect the artwork while you listen to the record. I think LPs became egregiously overpriced when the majors decided to jump back into it 5-10 years ago and I sincerely hope they’re done and will go away. I ramble but I’d like to say, keep buying records. Spotify is not your friend and it’s not the indie record label’s friend. They pay everyone shit even as they kill record stores and labels.

Finally, tell me what you favorite band or genre is right now.

There’s so many great bands out there that it’s tough to single one but one of the two best shows I saw in 2019 was the Viagra Boys at a small club called The Echo. The other best gig was by the Monochrome Set, who I have loved since at least 1979 when I bought the 45 “He’s Frank”.